Enabling Extremism: Malay Women, Jihad For Malay(Sia) Weapons Of The Weak: Malay Women At The Forefront Of Malay Interest Movements 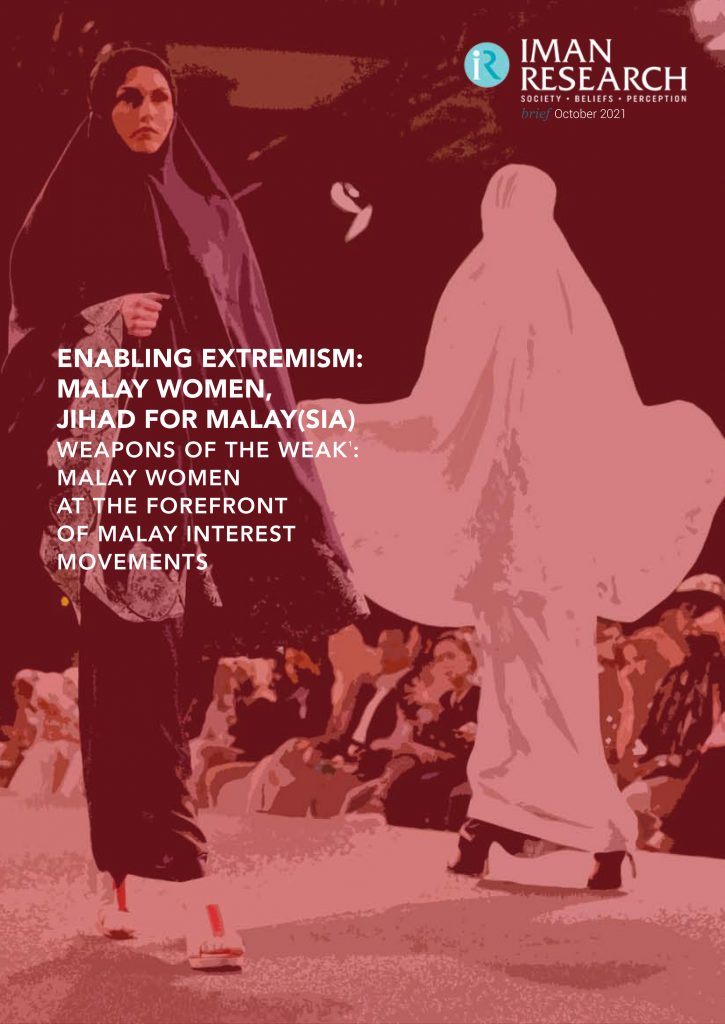 In a previous brief, I wrote and discussed about how Malay-Muslim women were increasingly being socialised into a hardline brand of Islam. They were mainly middle to upper middle income professionals, who viewed themselves as Muslims first, more so than Malay-Malaysian. While it is undeniable that we have had Malay-Muslim women joining militant activities and groups, most of the women we observed are God observant, and cannot be perceived as extremists.

In this brief, I will discuss about how another segment of Malay-Muslim women of the professional class are leaning towards a right-wing narrative and how they are pushing for a far-right conservative agenda nationally. Who are they? They share the same Islamic sentiments as the women in the earlier brief. and they are bold, loud, action oriented and visible. This particular group of women are influential and able to activate action.